A SAMPLING OF SEMINAR TOPICS 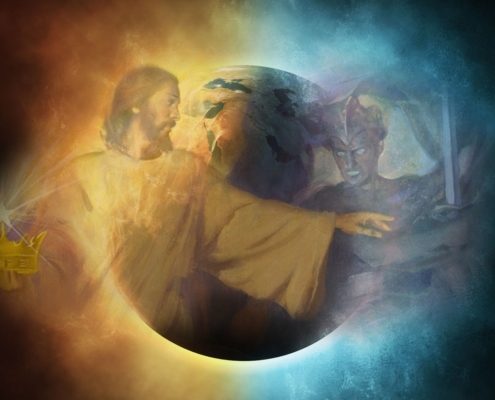 FROM HEAVEN TO EARTH

A Voice For Choice

Do you wonder why there is so much fighting, pain, suffering and death? Many blame God for it all. Yet Jesus said that an enemy has done this. During this Biblical study we will discover what God’s Word says about evil. We will unpack from prophecy who this enemy is, where he came from, and his choice to become evil. We will also discover God’s heart of love in the amazing gift of free choice that God gave to the angels and to each of us. 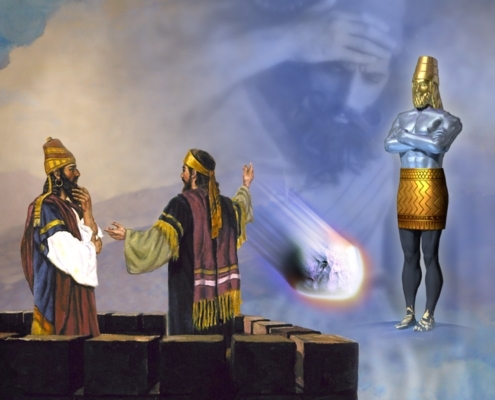 YOU CAN TRUST THE BIBLE

Today there are so many voices in the academic and scientific worlds that claim the Bible is just a collection of human stories. Yet in one of the longest prophecies of Scripture, God shows us that He is the Bible’s true Author and that it can be completely trusted for one’s faith and practice. In this presentation we will learn what God has to say about the Bible from the Bible itself. Your faith in God’s Word will be strengthened in this study! 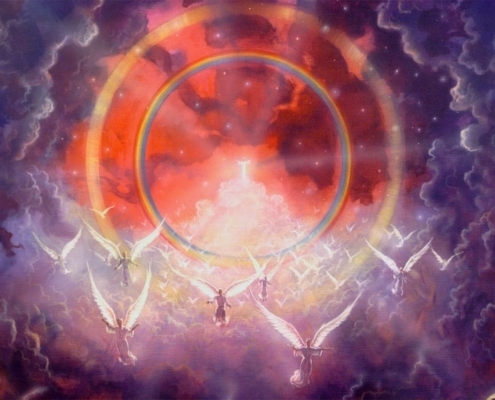 With the Voice of the Archangel

Dramatic visions of the end of the world include alien attack, asteroids hitting the earth, and a nuclear war of extreme proportions. But God’s Word reveals exactly  what will bring the end of the world – the Second Coming of Christ. The Bible tells us that it will be literal, audible, and physical. Never secret! It is the climax event of every major apocalyptic prophecy in Scripture. The Second Coming is the greatest hope of all who believe in Christ and live for Him, for not only will it mark the end of our world, but it will bring us to our eternal home. 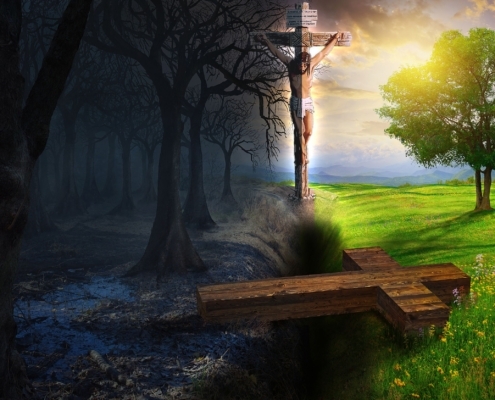 GOD’S ACT OF SAVING THE WORLD

A Word of Promise

The Bible is really all about one great, grand Promise. As soon as our first parents sinned, God promised them a Savior. The stories and prophecies of the Old Testament show God preparing to fulfill His greatest Promise.   In this presentation we will look at some of the greatest prophecies of the Messiah and unpack the most important one of all. You will find hope and healing in this presentation, because God is not slack concerning His promises!

The Voice of Antichrist

Who is the antichrist? The Bible warns us that there will be many in the last days. But it also highlights one that  Satan is specifically working through to accomplish a major attack on God’s law, God’s work and God’s people. We do not have to guess who it is because God shows us how it functioned in our past world history. From this basis, God reveals how it will function again before Jesus comes. In this study we will discover the identifying points of this power, what it will do to deceive millions, and how it has, and will, cause the downfall of the nations that do its bidding. 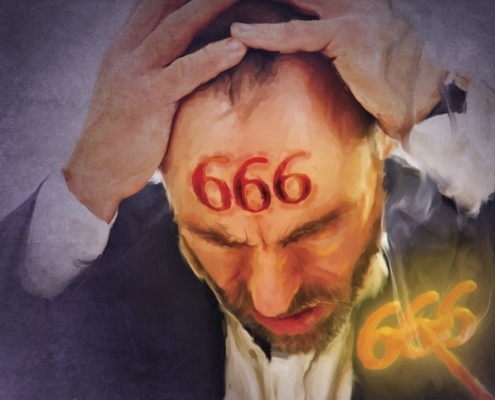 THE MARK OF THE BEAST

When God Identifies the Mark

Most people don’t like beasts, but in the Bible God uses beasts as a symbol of secular and religious powers. Through all of the apocalyptic prophetic writings in Scripture there is one terrifying beast that stands out. It is above all other earthly powers, lasts the longest, and brings about the greatest global change. What power does this beast represent? God identifies it through the mark of its authority. This study zeros in on what God says about this power and its mark is so that we can avoid receiving it. Why? Because this mark comes with a death sentence! 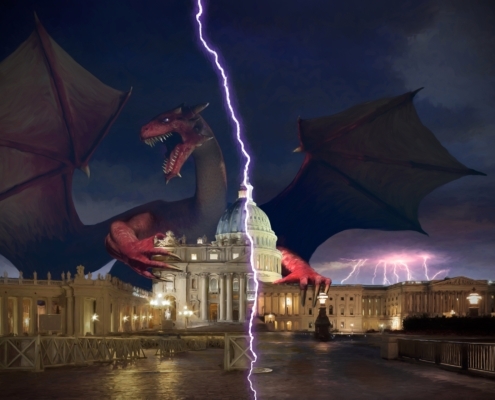 Have you ever wondered if the United States is in Bible prophecy? It actually is! The Bible describes it as a key power for good that over time takes on some bad practices. This study will help you understand what God has to say about the United States, its historic rise and development, its original purpose, and its end-time transformation just before the second coming of Jesus Christ in the clouds of glory. We will discover that the United States has a key role to play in final world events before God sets up His eternal heavenly kingdom. 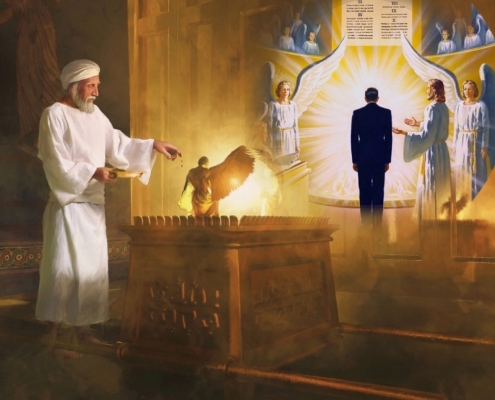 Saying With a Loud Voice, Judgement Has Come

None of us really like to be judged for our actions. But did you know that in the Bible, judgement is actually good news? That’s because when God pronounces judgement, it it always includes both justice for the wrong-doer and vindication for His followers! God’s longest time prophecy of 2300 years identifies the final judgment, when it will take place, who it will involve, who will be the judge and who will be our advocate. Through this judgment nothing is left undone. God will be revealed for who He really is, His people will be vindicated and His enemies will be put down. Then peace will reign again in God’s vast creation. 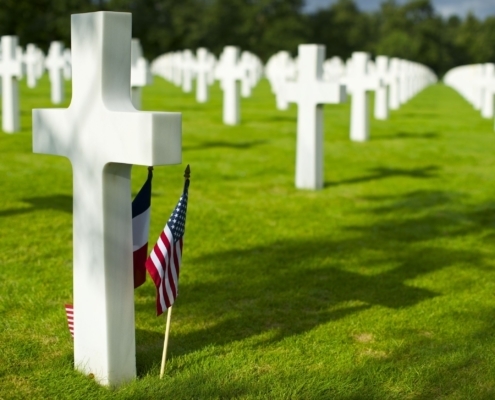 WHAT HAPPENS WHEN ONE DIES

What happens when we die? According to the Bible it is not something to fear. God describes actually two deaths in the Bible. The first death is temporary. Jesus often referred to it as sleep and raised many people from the dead while he was on earth. The second death is eternal and follows the 2nd coming of Christ. The Bible also tells us that death itself will someday be vanquished. In this study we will discover what death is, what happens when one dies, and that death doesn’t have to be forever. Jesus rose from the dead! That means we too can have the hope of the resurrection! 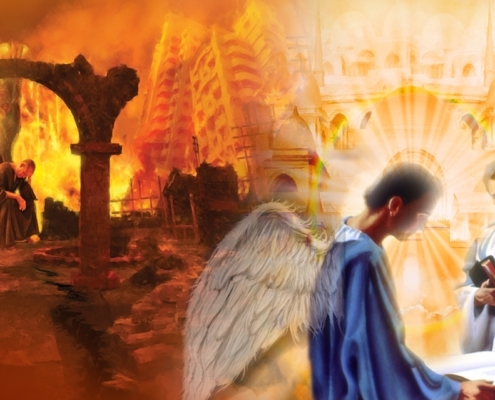 A THOUSAND YEARS OF PEACE

When All Will Hear His Voice

A thousand years of peace! The world could use that! But when will it be? How will it happen? God not only speaks of this thousand years of peace, but helps us understand what events will occur during this time. the Bible shows us where this time will be spent, who will be involved and when exactly it will begin. We need not guess or fabricate a scenario that we think sounds the best. God, in His prophetic word, has given us ample information to base our faith upon. 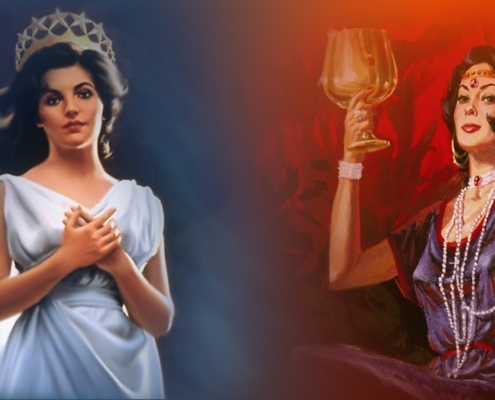 THE FINAL TWO CHURCHES OF REVELATION

Two Women and A Revelation

Have you ever wondered why there are so many denominations? In the book of Revelation, God describes two very different women. These two women clearly depict the characteristics of the true and false religious movements. Jesus said “And other sheep I have which are not of this fold; them also I must bring, and they will hear My voice; and there will be one flock and one Shepherd.” John 10:16. In this study, you will learn to identify God’s true church system and the false church system.